Skip to Content
Home / Relationships / Discern His Approach: Differentiating Between The Purpose Approach and The Pervert Approach

Holy Spirit recently revealed something amazing to me. He told me that when a man behaves pervertedly towards a woman, compelling her to have sex with him or requesting nude pictures, it’s because he’s acting according to his initial vision of her.

As holy daughters of God, we have to be very careful to discern the motives of men who approach us. This is especially important for single women. When God sends a man to one of his daughters to wed, He ALWAYS gives him a vision of purity towards her. He doesn’t plant lust nor does He rejoice in lust.

I’ve been in too many relationships that started out seemingly innocent, and then fell into a pit of sexual immorality because I did not notice or accept the signs of perversion. PLEASE! I am not saying that men, alone, are the problem. I’m only highlighting a common scenario that I know exists and happens often. With that being said, I want to share a few tips on how I’ve learned to discern a perverted counterfeit candidate, compared to a man of God sent in purity with purpose.

These types of men are very sly. They have to be…after all, they are operating in the spirit of the deceiver. The perverted man almost always approaches you with flattery.

Beware of a man who constantly complements your physical features. Your waist, your butt, your breast, even your lips. From the abundance of the heart does the mouth speak. (Matthew 12:34) He does this because he wants to bring attention to the parts of your that initially attracted him to you. Think about it. Do you really want a man whose favorite part of you is your body? Will not your body change one day?

But that isn’t the only sign. Beware of his touch too. A man with perverted intentions can’t help but try to get as close to his intended goal as possible. You may notice him reaching to touch your waist or hips at unnecessary times or hugging you at the lowest part of your back. He does this stir up feelings of lust and sensuality in you too.

The last sign is his speech. Please LISTEN to the words that come out of his mouth. Is he constantly making perverted jokes? What is the content of his text messages? Is he asking to spend the night, or cuddle? These are all red flags that show where his intentions truly lie.

Notice how I never described this guy as mean or ignorant. He could very well be a polite, hard-working man. But if he is surrendered to perversion and lust he is a hazard to you. I pray that you are not swayed by this type of approach. As daughters of God, we bear His image in holiness. That means we have to practice discretion, command respect and hold a standard of purity.

The man God sends will look upon you with purity. How can he not…he’s being lead by the holy God of the universe, in whom there is no sin. This man approaches you carefully and with discretion. He knows you are a daughter of God and therefore honors your identity as such. He will notice your beauty and your physique but he won’t bring too much attention to it. He understands that if he does he might open the door to lust. His desire is not to lust for you but to love you.

The man God sends isn’t trying to impress you as much as he’s trying to honor God. When he compliments or touches you he won’t use flattery or compulsion to stir up your emotions. God sent him with a purpose and a vision for marriage. So his actions and conversation will have this in mind. He’ll want to know about YOU! He’ll ask questions about your beliefs and your aspirations to see if they line up with his. He won’t rush you, instead, he’ll be patient towards you. Knowing that if God has purposed for you to be together, waiting for you will be worth it.

He is consistent and honors your boundaries. Yes, he is human, he won’t do everything perfectly. But since he was SENT by your heavenly Father, there will be grace so that God’s intended goal is accomplished.

I hope this shines some light on any areas of uncertainty about your current or future relationship. I pray that your relationships thrive in the sight of heaven. I pray that by God’s grace you avoid every time-wasting counterfeit husband sent by the enemy. I pray God reveals your husband to you and you both share God’s amazing love and mercy in abundance till death due you part. 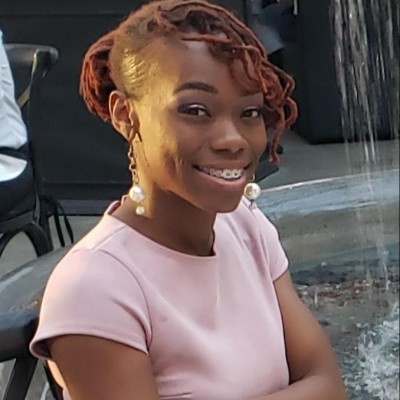 5 Types of Emotional Baggage that Threaten your Destiny

Hope For The Holidays: Tips For Restoring Broken Family Relationships

The enemy’s war on singleness